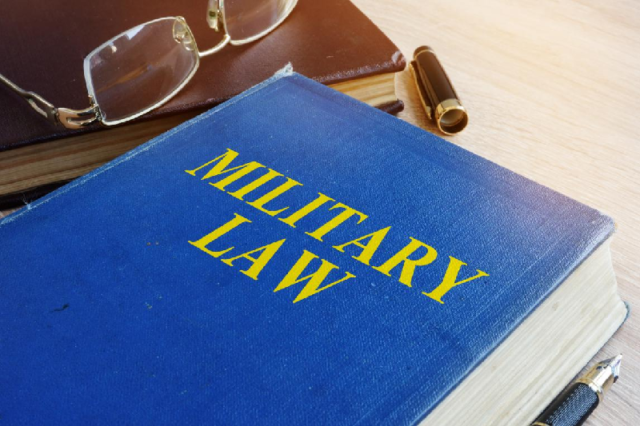 The idea that you can only be represented by a JAG attorney in front of a court-martial is a myth. Civilian attorneys are available for anyone in the military being investigated or charged.

There are a number of reasons why you should have a military defense lawyer rather than a JAG attorney. Continue reading to find out why and when you should hire one.

The military offers free representation from a JAG attorney. While it’s nice that it comes at no cost, you could be at a disadvantage.

JAG attorneys are often less experienced than civilian attorneys. Some of them have no experience with trials. This is especially troubling if you’re being charged with something serious, such as murder or desertion.

Along with your case, JAG attorneys usually have many other cases to deal with. They also have military duties to take care of.

A JAG attorney won’t be able to spend as much time on you as you may need. They’re only appointed after you’ve been formally accused. This means that you don’t get representation while you’re questioned or investigated.

They can also miss aspects of your case because of their workload. This is especially true for those with less serious charges against them.

Though there are disadvantages, that doesn’t mean they apply to every JAG attorney or that every one of them isn’t good at their job. It’s up to you to decide if you’d like a JAG attorney to represent you.

A Great Lawyer Is Important

You need a professional, knowledgeable lawyer who will work on your case with you. You’ll have a better chance of winning the trial and avoiding punishment.

Everything you have is at stake. Other than probably going to jail, you’ll lose your job, rank, military housing and medical benefits, enlistment bonus, and retirement. That’s thousands upon thousands of dollars gone. You’ll have to start from scratch.

It will be difficult to find a job, however, as what you’re charged with will be shown on your criminal record.

You’re required to pay back the cost of your military education. This could easily be over $100,000. The military will sue you if you don’t return the money, ruining your credit.

You have to know what to do next when you suspect you’re being investigated.

As people who have previously served in the JAG Corps, civilian military attorneys have experience with military defense.

They are not appointed by the military and have no connection to the military. You can hire one whenever you feel you have to. The obvious advantage is that you can have legal representation as soon as you start being investigated.

Military lawyers will have more time to prepare for trial or even prevent a trial. They have fewer cases to handle than JAG attorneys and there’s no pressure for them to impress anyone.

They are there to find weaknesses in the case against you and have no issue calling out someone of high rank.

The disadvantage is that they are very expensive to hire. Most of the time the benefits of having a civilian military attorney outweigh the costs.

This kind of lawyer chargers more than the average lawyer because they specialize in certain areas. The price range could be $500 to $1000 per hour or even more.

It also depends on where the firm is located. Firms in cities cost more than those in rural places.

When to Hire a Lawyer

You should look for a military lawyer as soon as you think the military is investigating you. Never take the risk of waiting. The later you hire an attorney, the worse things will end for you.

Many cases have avoided trial because the person being investigated hired a lawyer immediately. If you wait too long, you’ll have no choice but to go to trial.

Two May be Better Than One

It’s true that not all JAG attorneys aren’t helpful, but with so much on the line for you, you may be better off hiring a military defense lawyer. The money you spend on that lawyer will pay off in the long run.

Another option is to hire a civilian lawyer and let the military appoint you an attorney. You’ll have two people working together, which could be an advantage for you. Also, the JAG attorney will gain more experience without jeopardizing your case.

Consider making the investment and hiring a civilian military attorney