Disclaimer: What you’re about to read is as an informational piece only and isn’t meant to replace legal advice. For more information on what legal recourse you can take if ever a debt collector has violated debt collection laws, you would have to seek the counsel of a licensed attorney who can represent you should you decide to take the offending debt collector to court.

Almost everyone runs out of money at some point. But whereas most people would glumly accept the situation and try to cut down on unnecessary spending, you might be borrowing money from another individual or a business so that you can spend it on something that you might urgently need. Of course, the money that you borrowed from your creditor comes with a promise on your end that you’ll pay them their money back on or before a due date that both of you initially agreed upon as part of your debt contract. However, as your creditor doesn’t have forever to wait for you to repay them if you still haven’t done so, they may transfer your outstanding debt to a collection agency. Unfortunately, debt collection still gets the occasional bad rap as some agencies who do it tend to scare debtors into repayment with various sorts of illegal practices. Thus, you would want to know more about debt collection laws – particularly the different phases of the debt collection process as well as some practices and methods that aren’t allowed by the law – so that you can determine if an agency that’s asking you to pay back the money that you owe your creditor is doing it legally or not.

What Are the Three Stages of the Debt Collection Process?

While the process of debt collection itself varies according to how the creditor prefers their debtors to repay them, it typically consists of three stages which are as follows:

Your creditor has several things to do on their plate other than constantly remind you of the money that you have to pay back to them. Thus, instead of your creditor, you may find yourself dealing with their internal collector, or what’s more commonly known as a first-party agency.

If several months pass and you’re still unable to repay your creditor, your debt would be passed on to a third-party agency who would collect it from you.

Some third-party collection agencies, on the other hand, might buy your debt instead to lighten the burden that your creditor has been carrying. 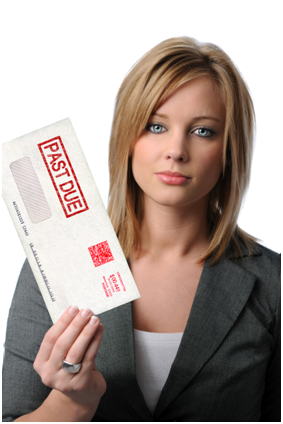 What Are Some Debt Collection Practices and Methods That Aren’t Allowed by the Law?

Debt collection agencies are hired by creditors in case anyone among their debtors fails to pay them back despite several months of being reminded to do so. It’s rather unfortunate though that not every agency in existence follows debt collection laws which can make some debtors avoid them. If a third-party agency or debt buyer is currently asking you to pay back the money that you owe your creditor, you would want to watch out in case they do any of the following bad practices that violate the law:

Borrowing a certain amount of money from either an individual or a business, even if it’s for your home or other personal needs, isn’t something to be ashamed of, especially if you’re more than capable of repaying your debt in a timely manner. However, if several months pass and you’re unable to repay your debt, your creditor turns it over to a debt collection agency tasked to remind you of the amount that you have to pay back. Unfortunately, some agencies tend to commit debt collection practices and methods that violate the law while attempting to make debtors pay back the money that they owe their creditors. If a collection agency that asks you to pay your debt has committed any of the illegal practices mentioned above, you would want to consult a lawyer that specializes in debt collection who can guide you on any legal actions that you can take against the agency itself. Of course, you should also find a way to pay back the money that you owe your creditor in full so that you can finally be rid of debt.

How to Find a Reputable Criminal Lawyer

What Are Solar Rebates? Everything You Need to Know

How Do I Find Rebates and Incentive Programs for Solar Energy Systems?

When to File an Insurance Claim for Your Home or Business

How to Start a Law Firm: A Step by Step Guide

The Average Savings With Solar

How to Hire Backend Developers Online and Not Regret