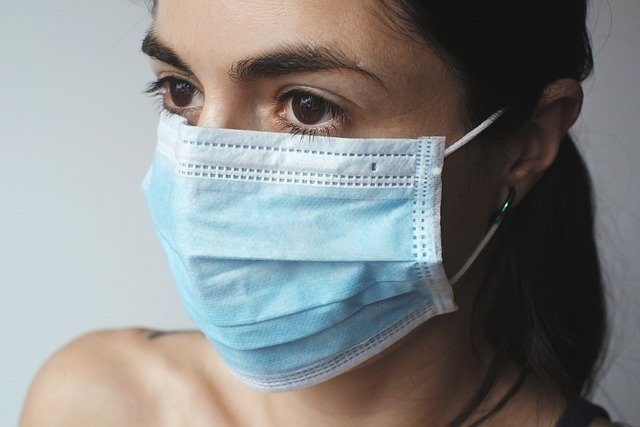 There are certain instances where people are likely to file a personal injury lawsuit. One of the most common examples is when they’re a roadway accident.

For example, if a truck driver is drowsy and collides with vehicles, then there may be civil action taken in the form of a personal injury or wrongful death lawsuit.

Then, there are times when a lawsuit may be warranted, but it’s less obvious or more of an ambiguous area.

One example is when someone gives you an illness. We’re at a time when the idea of transmittable illnesses is at the forefront of most people’s minds, so can you sue someone for getting you sick?

To give a general answer, you can file a lawsuit for anything you want, including someone getting you sick, but that doesn’t mean you should.

With any personal injury lawsuit, the key term to understand is negligence. Negligence and your legal team’s ability to prove it are what’s going to help your case be successful.

Negligence is something you have to prove, and the broadest interpretation of negligence is that it’s any action someone takes that falls outside of what is described as reasonable standards.

The standards depend a lot on the specifics of the situation and the relationship between the plaintiff and the defendant.

If you believe someone got you sick and you want to file a lawsuit, you would have to show negligence, meaning that someone else intentionally got you sick or behaved so negligently that you got sick.

In these instances, you would usually bring in professional witness testimony to show that in a similar situation, a reasonable person wouldn’t have behaved the way the defendant did.

The issue with the spread of common viruses and bacterial infections is that it’s very challenging to prove someone intentionally got you sick because diseases spread all the time.

Even in the event that your coworker, as an example, got you sick, and you lost wages or dealt with other financial losses as a result, it would be highly difficult to prove how you got sick.

A specific area people often ask about as far as civil responsibility and diseases are with sexually transmitted diseases.

In some cases, you may have a successful claim if you’re infected with an STD. Again, you would need to show in a negligence case that your partner had a duty to inform you of their STD status, and that duty was breached.

In these cases, what often needs to happen is that the judge or jury must be convinced a reasonable person would have abstained from sex altogether unless notifying their partner of the risk of STD infection.

With a claim regarding someone transmitting something like herpes to you, it may be easier to prove what caused the illness because these diseases only spread through direct sexual contact.

It’s also pretty likely that someone who gave another person an STD knew about the status of their condition, or they should have known about it.

While it just happened, so we don’t know yet what any of the outcomes of this particular situation will be, it was just announced JetBlue airlines has put a lifetime ban on a passenger. It relates to the topic athand because the passenger JetBlue is banning flew from New York to Florida while he was waiting on the results of a Coronavirus test.

He let the crew know after landing that his test was positive.

The passenger didn’t let anyone at JetBlue know that he was awaiting Coronavirus results before that, and he left JFK in New York and landed at West Palm Beach.

One the plane landed and the passenger let the crew know he had a positive result, the airline and the Port Authority of New York and New Jersey started going through security camera footage and cleaning everywhere he went.

The airline released a statement saying that he would not be permitted to fly on Jet Blue in the future because he put everyone in an “unsettling” situation that could have been avoided.

Only time will tell how Corona virus cases are handled in the civil sense because it is such a new and developing situation, but it does likely have many people wondering about legal recourse if they become ill.

It’s a steep burden of proof in instances of many illnesses as far as proving negligence and other legal standards, but not altogether impossible.

What are The Most Common Family Law Issues?